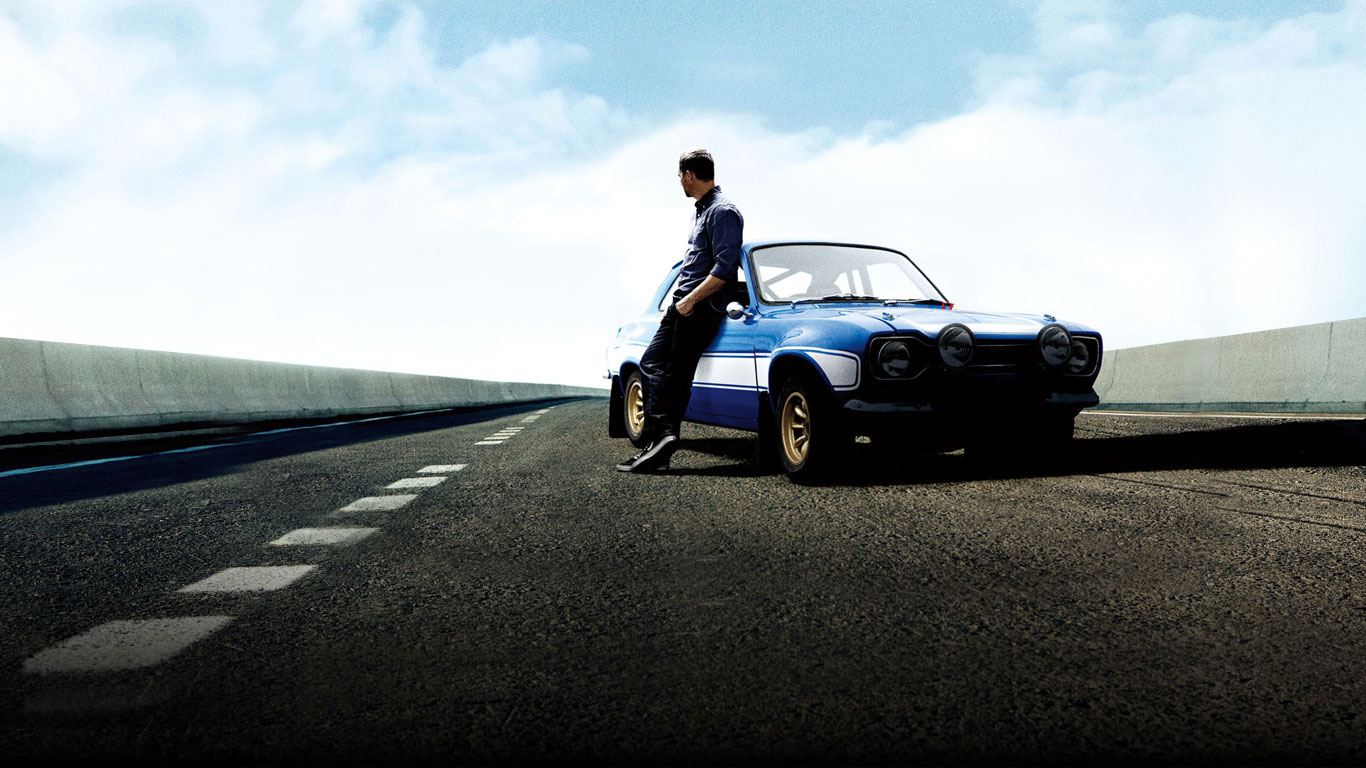 Troopers and family members raced into the Downtown Lyceum almost two hours in advance to grab seats for the latest action-packed and absurdly ridiculous, “Furious 7,” Saturday night. Starting in 2001, the “Furious” franchise has lovingly become a tacky, silver-screen staple for youth since its first installment, “The Fast and the Furious.” Haters don’t hate, if you’ve seen one, two or seven of the films now, you knew what you were in for, and you still showed up.

“Furious 7” once again took things to the next level with more impossible high-flying stunts and an entire script of quotably profound one-liners about the meaning of family – or how serious of a beating one is about to receive. The film expanded on its already large cast by introducing several new actors: Jason Statham, Kurt Russel, Djimon Hounsou and to my enjoyment, Tony Jaa from the martial arts cult-favorite “Ong-bak” films. However, this highly farcical sequel was full of bittersweet anticipation as an entire nation gathered, paying tribute to the tragic death of actor Paul Walker, by seeing a journey that’s lasted more than a decade now through to the end.

Walker, who played one of “The Fast and the Furious” original characters, Brian O’Conner, a young undercover cop who infiltrated an East Los Angeles gang of behind-the-scenes outlaws run by Dominic Toretto (Vin Diesel), tragically died in a high-speed car crash on Nov. 30, 2013. After taking time to grieve, “Furious 7” crew members delicately moved forward with production, finishing the film with the help of Walker’s brothers, Caleb and Cody, and some subtle, well-placed computer graphics.

“Furious 7” destroyed box office records during its debut last weekend, picking up a massive $143.6 million in North America and $240.4 million overseas; totaling an impressive $384 million overall. Not only did “Furious 7” become the largest opener among its predecessors, but it’s now ranked number four in the top 10 highest ranking opening films of all time – proving to be one of Hollywood’s most iconic franchises.

Where do we go from here though? Is this the end of the “Furious” franchise? Not for directors and producers. It seems their grieving period is already over. Many solid rumors have already surfaced hinting at an eighth installment by Universal Pictures. Surely, many fans will be torn over yet another sequel, especially one excluding Walker, for obvious reasons. My suggestion would be to revisit the idea of branching off on side character stories like they did in the 2006 semi-sequel “Tokyo Drift.” With such a huge fan base and record breaking turnout for the so-called final installment, Universal can’t seem to let it go in good taste.

It is worth mentioning that producers and directors were more heartfelt in the manner in which they handled Walker’s absence. Usually in these situations, productions will omit a deceased actor from future scenes or films by letting their character perish as well. In the case of “Furious 7,” however, director James Wan decided to see Walker’s character through to the end; giving everyone a final, emotional eulogy of Walker, reminding everyone of his gravity on our lives through the last 14 years with a montage of his “Fast and Furious” moments.

Thanks for the lavishly unbelievable, yet heart-fueled journey Paul, giving us all a reason to do hoop-dee burn-outs in theater parking lots across the nation, live a little faster and burn a little brighter.

“If one day the speed kills me, don’t cry, because I was smiling.” – Paul Walker

Design Tools: Font Awesome
Back in The Saddle Again